Get Started
You have permission to edit this article.
Edit
Welcome, Guest
Home
e-Edition
News
Sports
Opinion
Features
Obituaries
Weather
Share This
No Thanks
1 of 6 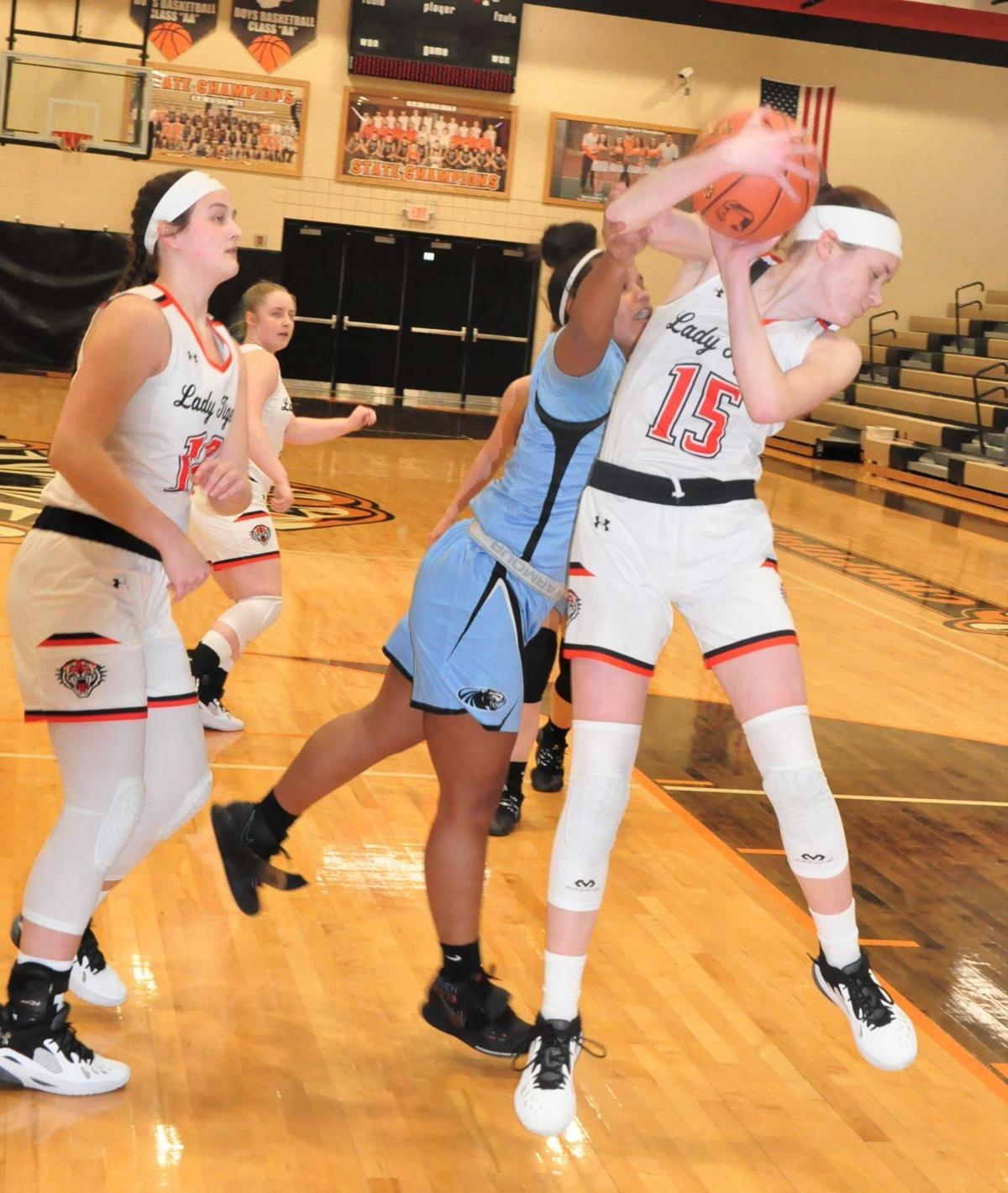 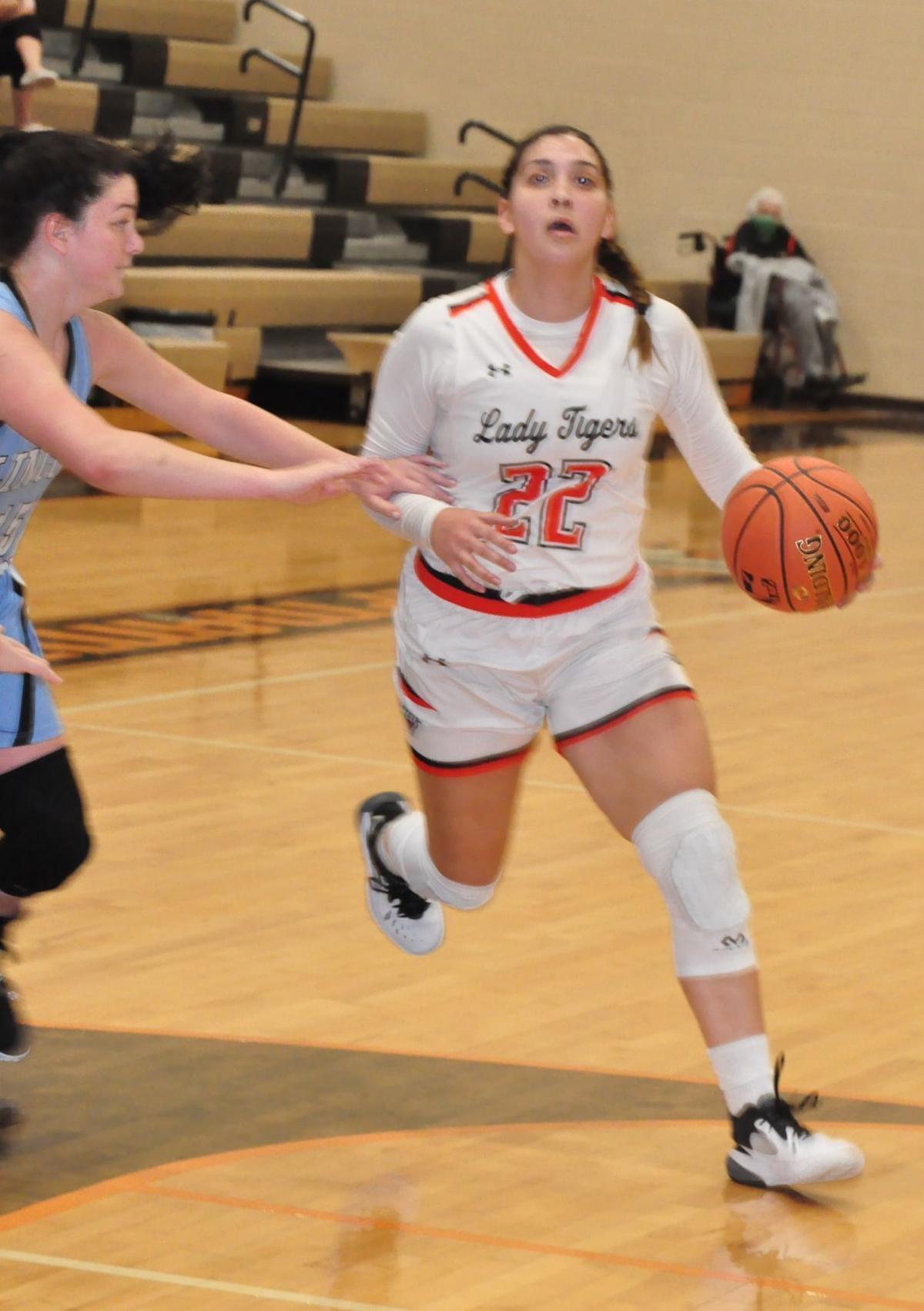 Chapmanville Regional High School’s Claire Dingess (22) dribbles to the lane in the Lady Tigers’ 46-32 loss to Lincoln County on Friday at Chapmanville. 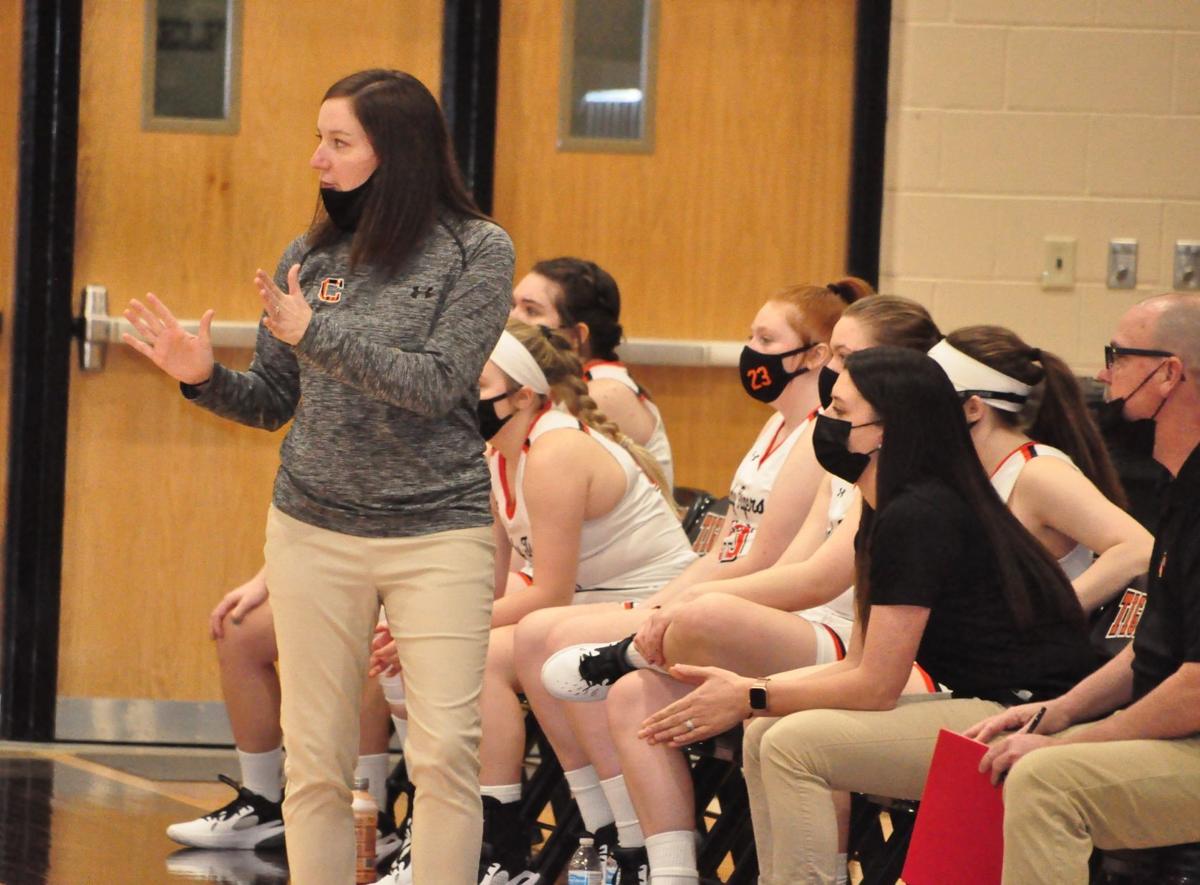 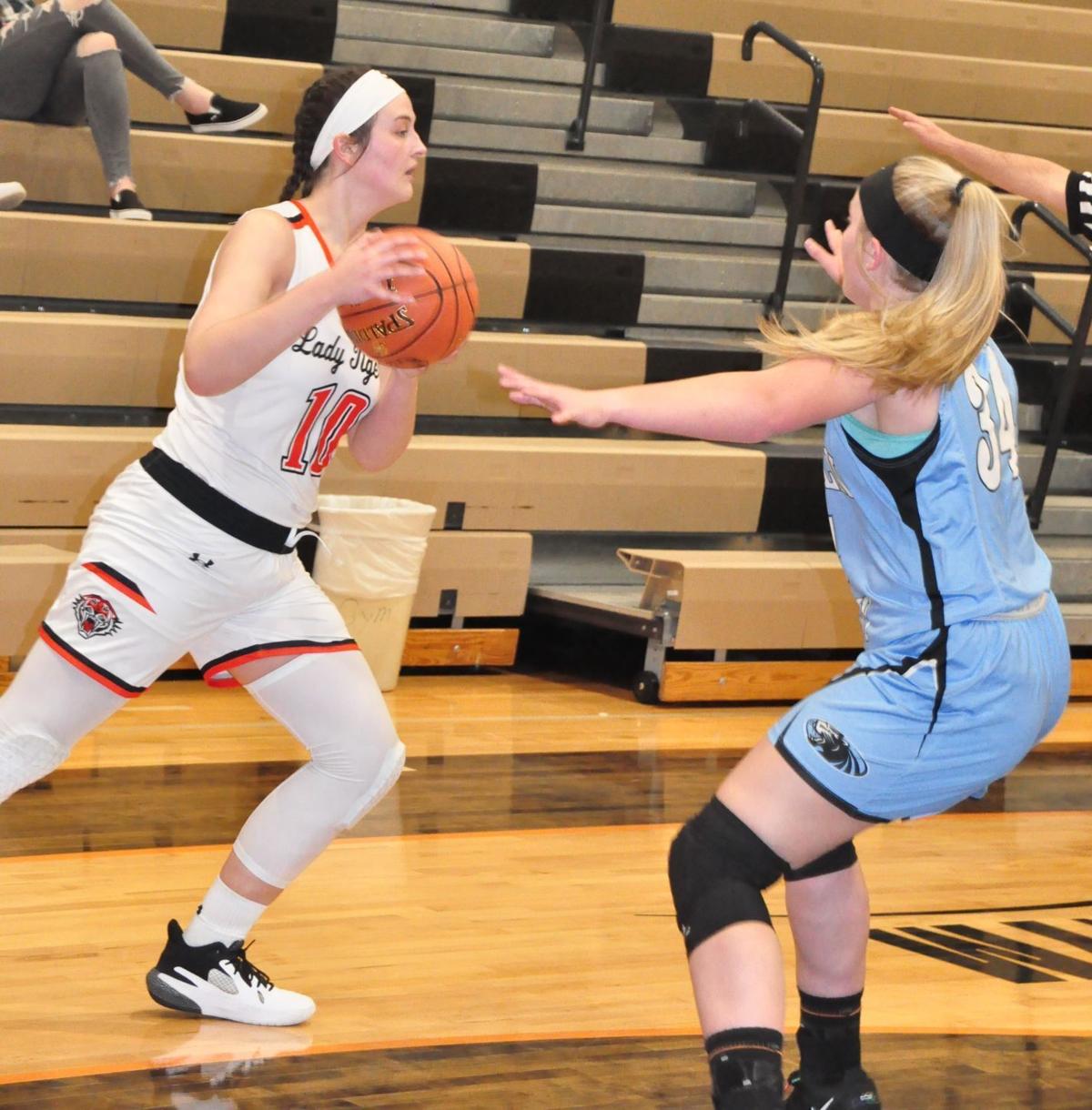 Chapmanville Regional High School's Hollee Blair dishes it off in the Lady Tigers' 46-32 loss to Lincoln County on Friday, March 26, 2021 at Chapmanville. 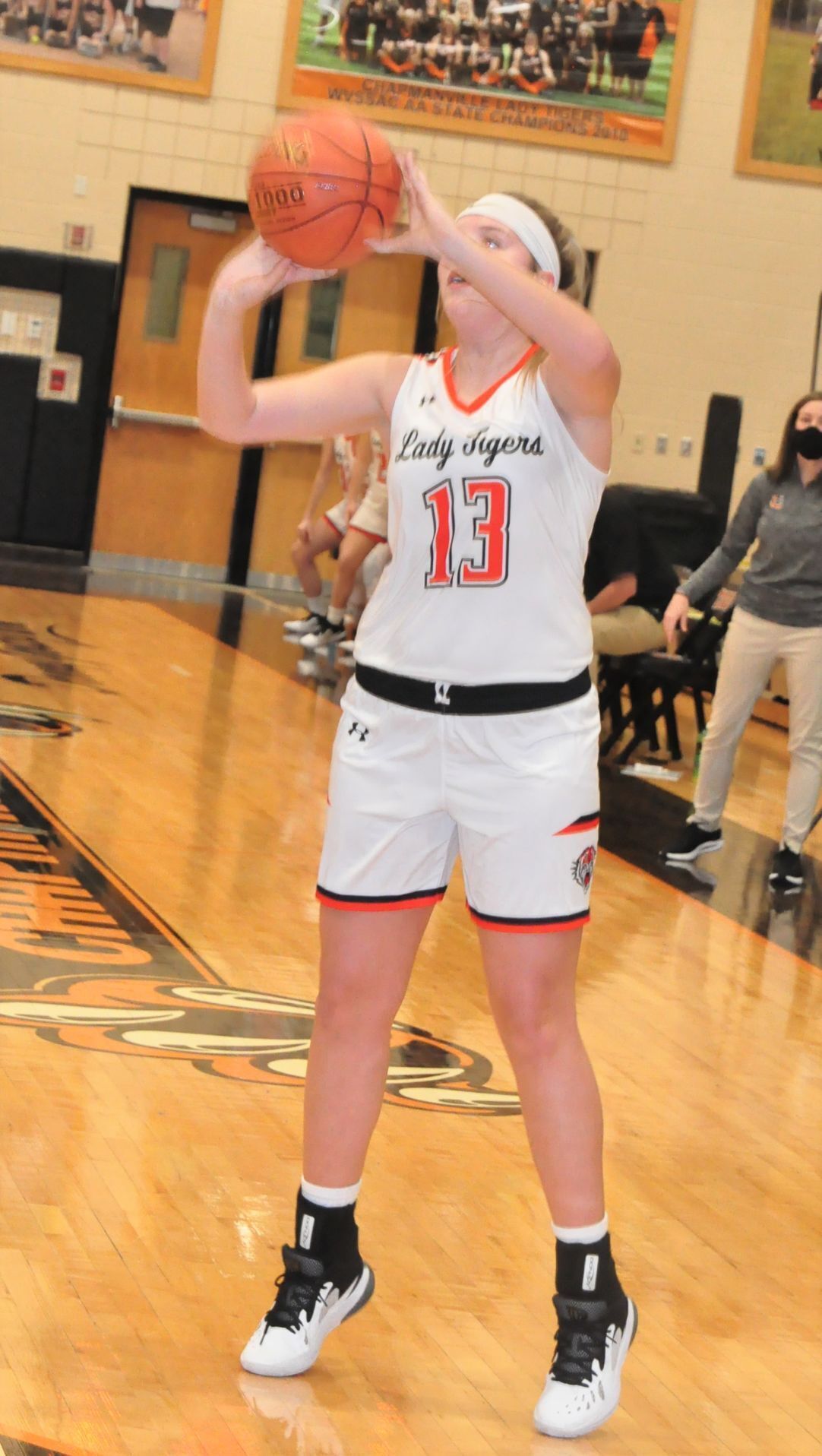 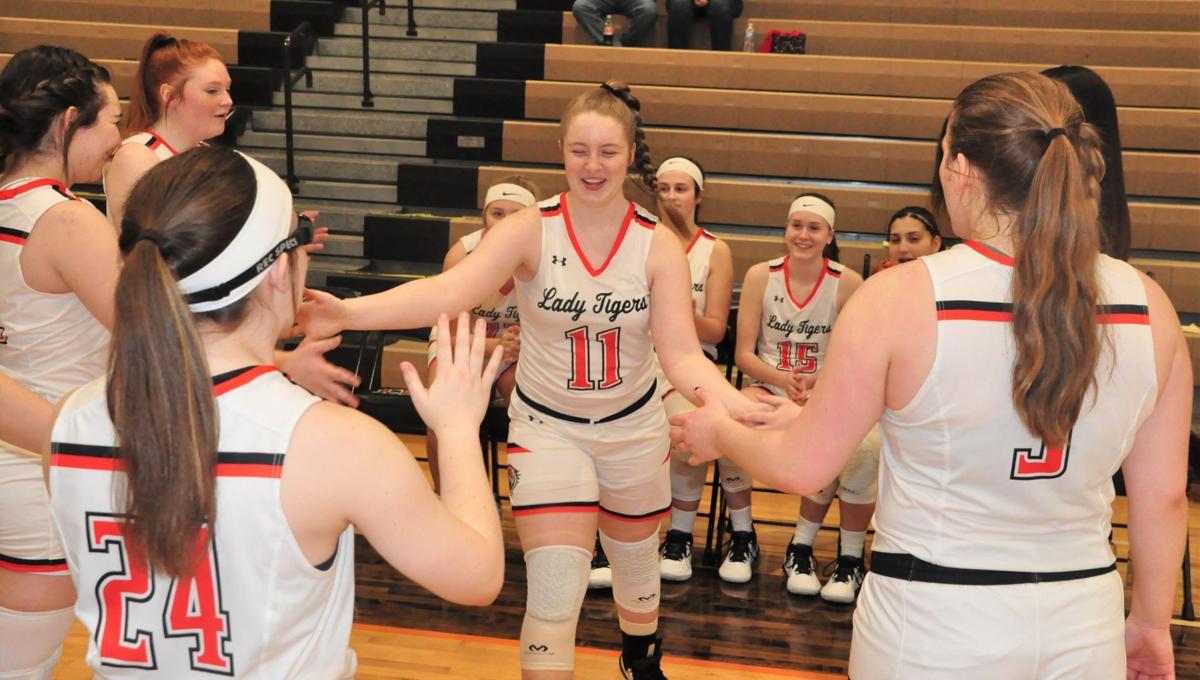 Chapmanville Regional High School's Jena Dingess is introduced to the crowd before Friday night's game with Lincoln County at Chapmanville.

Chapmanville Regional High School’s Claire Dingess (22) dribbles to the lane in the Lady Tigers’ 46-32 loss to Lincoln County on Friday at Chapmanville.

Chapmanville Regional High School's Hollee Blair dishes it off in the Lady Tigers' 46-32 loss to Lincoln County on Friday, March 26, 2021 at Chapmanville.

Chapmanville Regional High School's Jena Dingess is introduced to the crowd before Friday night's game with Lincoln County at Chapmanville.

The two met up again on Friday night at Chapmanville’s Danny Godby Gymnasium and this time it was Lincoln County which came away with a 46-32 victory over the winless Lady Tigers.

LCHS, now a Class AAA school, improved to 6-3 on the season with the win. Chapmanville, in a rebuilding year under first-year coach Kristina Gore and with an extremely young team, dropped to 0-8.

The Lady Panthers were able to bounce back from a 69-58 loss at home to Hurricane on March 22.

Both teams started out very slowly, struggling to find any rhythm and unable to find the mark. Lincoln County led just 7-2 after one quarter and 12-9 at the half but were able to get into a third quarter groove, outscoring Chapmanville 18-11 and eventually leading by as many as 14 points, the game’s final margin.

Avery Lucas led LCHS with 12 points. Chapmanville’s Hollee Blair tossed in 17 points to get the game’s high point honors. She also had her first double-double of the season with 12 rebounds and added two assists and two steals.

Lincoln County coach Randy Adkins said it was no Picasso or work of art, but will take the win.

“We have some decent shooters but we were missing some open layups. I don’t know what our floor percentage was,” Adkins said. “We are also struggling right now confidence-wise at the foul line. It’s a mental block and we are going to have to get past it in order to beat good teams.”

Chapmanville tied it 20-20 with 3:38 to go in the third quarter with an inside bucket by Blair.

Lincoln County then went on a 10-0 run to grab a 30-20 lead after three. The late third-quarter push ended up being the difference.

The Lady Panthers took advantage of Chapmanville mistakes during the run as Kenley Kueton and Gracie Clay cashed in on Lady Tiger turnovers with steals and layups. Kiki Henderson’s layup with 1:25 left supplied LCHS with the 10-point margin.

“Chapmanville has improved a whole lot,” Adkins said. “We scrimmaged them at the beginning of the year and they have really improved. They played good defense on us.”

“That’s typical for us,” she said. “We’ve been emphasizing our defense. I had said at the beginning of the season that if we could play some defense we would be in some ballgames. We really keyed in on Natalie Fout tonight. She makes them go. We knew that if we could frustrate her and bother her a little bit we would be in it. We had a lot of great shot opportunities but they just didn’t fall for us but at the end of the day we are still very young.”

CRHS is still looking for its first win.

“We are hoping to finish one off but we are close,” Gore said. “We are getting better every day. I’m really proud of them. Hollee Blair was a beast tonight. She had a lot of big rebounds tonight. Hollee really stepped up for us. We are starting to find our identity. We’re just looking for another player or two to step in. We need a couple of players to get double digits every game.”

Chapmanville has six games left in the regular season, beginning with Monday’s home matchup with Poca. The Lady Tigers then host Sherman on Wednesday, play at Sissonville on April 2, host Liberty-Raleigh on April 3, host Scott on April 6 and then close out on April 8 at home against Summers County.

The Lady Panthers are set to play at Winfield on Saturday, March 27 at 3 p.m. Lincoln County then hits the road at Point Pleasant on April 1, hosts Winfield on April 3, plays at Wayne on April 5 and then closes out at home against Logan on April 7.

Lincoln County has a difficult Class AAA sectional ahead as the Lady Panthers are to battle against Huntington St. Joe, Logan, Wayne and Scott. St. Joe, Logan and Wayne have been ranked in the top 10 in the state all season.

“Wayne, Logan and St. Joe are all in the top 10,” Adkins said. “Those are three really good basketball teams. We played Logan and Wayne and those have been two or our losses. Both were good games but we shot a whole lot better than we did tonight. I’m hoping that’s just tonight.”

Chapmanville has a new three-team Class AA sectional with Mingo Central and Liberty-Raleigh.

“We really feel like we will be there at the end of the season,” Gore said. “Next week we feel like we should be in the win column. We play in one of the toughest conference in the state (Cardinal Conference). There are no cupcakes on our schedule. We knew going in starting three freshmen and the first player coming off the bench being a freshman that it was going to be an adjustment to them. But I take my hats off to the girls because their morale is great and they have fantastic attitudes. They are not getting down and they have really bought in to the culture that we are trying to do here. It’s going to serve us well here in the future.”

Paul Adkins is the Sports Editor of the Logan Banner. Follow him on Twitter at @PAdkinsBanner or email him at padkins@hdmediallc.com.