Get Started
You are the owner of this article.
Edit Article Add New Article
You have permission to edit this article.
Edit
Welcome, Guest
Home
e-Edition
News
Sports
Opinion
Features
Obituaries
Weather
Share This
No Thanks
1 of 2 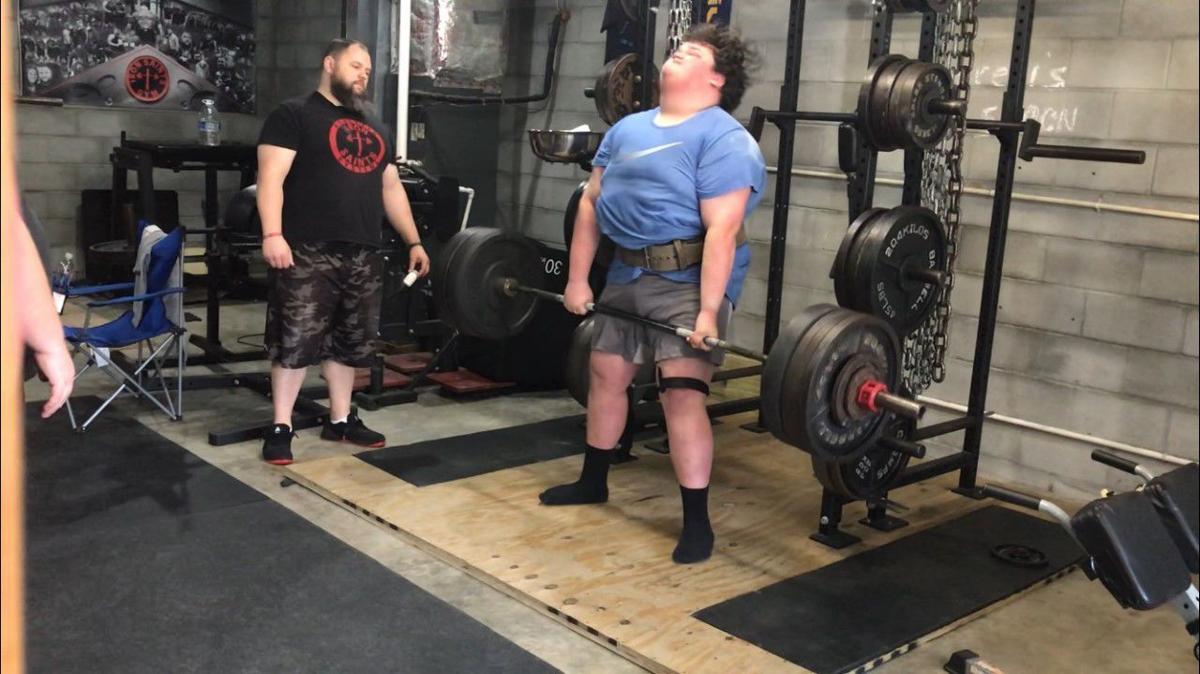 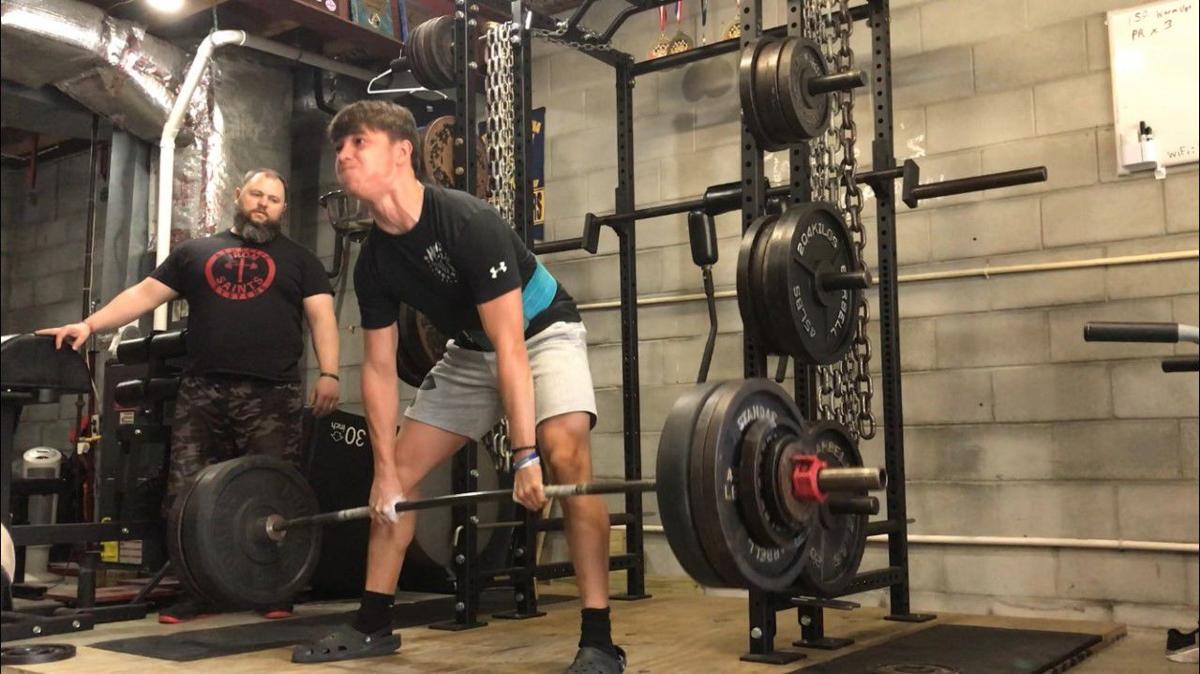 Kolton Goldie has reached a deadlift of 380 pounds, up 225 pounds from 15 months ago when he started working out with Iron Saints Athletic Systems.

Kolton Goldie has reached a deadlift of 380 pounds, up 225 pounds from 15 months ago when he started working out with Iron Saints Athletic Systems.

CHAPMANVILLE – Sammy Sebok is seeing the fruits of his labors after starting a business that allows him to train young southern West Virginia student-athletes regarding strength, conditioning, speed and nutrition.

Currently, Sebok has 20 clients who work out in his personal gym in his home at least three days per week and looks to add more to his roster from Lincoln County to Mingo County.

His business is called  “Iron Saints Athletic Systems.” The company offers what he calls, “training for athletes of all sports and ages to be stronger, faster, and more explosive.”

He said, “If they are willing to come here, I will take them,” he said on Friday from his gym where five of his clients were working out with resistance bands, free weights, vertical jump improvement training and on a variety of fitness machines.

A household name nationally in the sport of powerlifting, Sebok has an impressive resume that began as a high school football player at Sherman High and took him to the gridiron at Fairmont State.

Earlier this year, Sebok was inducted into the Natural Athlete Strength Association (NASA) Hall of Fame, he was named the “Overall Athlete of the Year/Lifetime Achievement Award” recipient at the organization’s annual banquet in Oklahoma City, Oklahoma.

Sebok’s best lifts overall include an 804-pound squat, a 622-pound bench press and a 663-pound deadlift.

Sebok is more than muscle, he wanted to clear up a misconception about what he provides his clients.

“The main misconception about me is that I’m a weight lifting coach,” Sebok said. “It’s about athletic performance. We look to make athletes stronger, faster, more agile and it doesn’t matter what the sport is. Your opponent is gravity.”

He added, “You can get stronger and not get faster. You have to know how to apply the use of the weights in order to get the athletic traits you desire to become a better athlete.”

“I adapt my strategy to the athlete I am working with and what their goals are,” he said.

Lucas Lambert is a youth athlete who has a regimen that is different than the teenagers in the gym.

“They are literally receive nothing in the way of formal training and are thrown into sports and even worse – gymnastics at a young age where they experience forces 9 or 10 times their body weight and often don’t have the strength to perform body weight exercises properly.”

For basketball players, Dalton was using a jump mat that measures hang time and vertical jump digitally that is accurate to within a tenth of an inch.

Sebok said that compared to the cost of hands-on personal training provided in larger cities, his services come at a fraction of the cost.

“I keep it reasonable for our families and I haven’t had any complaints,” he said.

With a day job in the physical therapy realm, Sebok believes that it is the culmination of his experiences that give him a clear edge in the field.

“For the last 20 years I’ve been learning about fitness for my own personal use in powerlifting,” he said. “It applies to much more than that.”

Goldie has been with Sebok the longest of any of his clients at 15 months.

The Logan High running back and outside linebacker has put on 30 pounds of lean muscle and has dropped 8 tenths of a second off of his 40-yard dash, runs a 3-cone drill in under seven seconds and runs a 4.3 second shuttle drill.

Goldie, 16 has dropped baseball this year to focus on his favorite sport.

“I’d like to get to the next level of football and I’ve been playing since I was 4 or 5 years-old,” he said. “Even when I am outside playing with my siblings, I can feel that I’m more explosive and I know I’m stronger.”

Sebok added, “He is committed to the program and really It comes down to the commitment of the athlete. I can’t put in the work for them.”

Sebok is employed by Hillcrest Health Care Center in Danville as a physical therapy assistant. He and his wife Brittany make their home in Chapmanville.