Get Started
You have permission to edit this article.
Edit
Welcome, Guest
Home
e-Edition
News
Sports
Opinion
Features
Obituaries
Weather
Share This
No Thanks
1 of 2 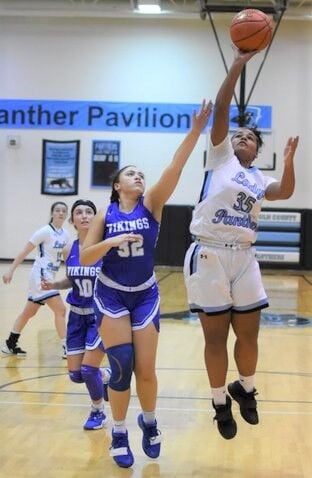 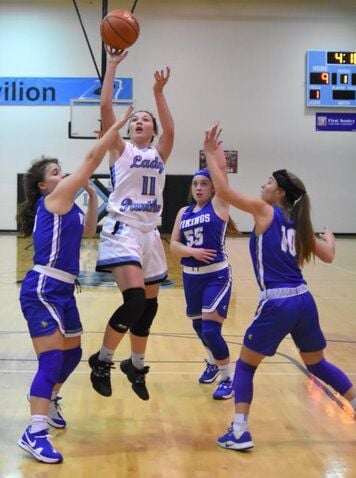 Senior Night saw Natalie Fout, Allee Albright, Alicia Davidson and Kiaura Henderson honored for their dedication to the program before the game.

“It was a really good team effort and it was a very physical game,” said Lincoln County head coach Randy Adkins. “We made some stops when we needed them and we hit some big shots down the stretch. Ripley has a really nice team and they play hard.”

Kiaura Henderson’s 27 points led the way for the Lady Panthers with an inside game that proved too much for the Lady Vikings to defend on this night.

Natalie Fout scored the first points of the game, putting Lincoln County up 3-0 on a laser lunched from the wing – setting the tone for the Lady Panther offense early on.

“We got in some foul trouble in the first half and we were a little sloppy but you expect that in your first game,” said Adkins. “Fortunately, we have depth on the bench and they (Ripley) boxed out really well. I think they had five charges and we haven’t had five in a single year. We made it a goal in the second half that they get one contested shot and we get the rebound.”

LCHS (1-0) held a slim 18-16 advantage after the first frame thanks to buckets from Fout, Henderson, Avery Lucas, Kenley Kveton and Gracie Clay.

Ripley (0-1) came storming back in the second quarter, highlighted by a 3-point bucket from McKennan Hall and Ripley held a narrow 28-25 advantage at intermission.

“In the first half they had numerous attempts at the basket and got too many offensive rebounds,” Adkins added. “We fixed that a little bit in the third quarter and we just kept fighting.”

The third period was all Lady Panthers and offensively hit on all cylinders.

Henderson snagged an offensive rebound and electrified the LCHS crowd with an athletic reverse layup with 4:14 to go in the third, providing yet another dagger to the Lady Viking defensive effort. The senior captain poured in 12 points in the quarter to lead her squad.

The Lady Panthers held the Lady Vikings to just 7 points in the frame which was a turning point in the game for Lincoln County who led 40-35 going into the final quarter.

Allee Albright canned a 3-point bucket at the beginning of the final frame and LCHS built their lead to 12 points with 6:05 to go in the game but Ripley wasn’t done competing on this night.

Hall and Olivia Sias combined for 12 of Ripley’s 17 points in the fourth quarter and LCHS were unable to capitalize on foul shooting opportunities down the stretch – leaving the window of opportunity open for Ripley. The Lady Vikings came within a bucket of tying the contest with 2>09 to go but Lincoln County had other plans.

Lucas and Henderson hit key buckets in the final minutes to seal the game for LCHS and the Lady Panthers pulled down key defensive rebounds to hold off their Jackson County Class AAA foes.

Coach Adkins said that he was proud of the effort of his girls and their character shined through down the stretch of the game when he needed them.

“In the end it was a win for us to start the season and it may not have been as pretty as we’d like it to be but we’ll take it and clean up some things as we move on,” concluded Adkins.

The Lady Panthers will play at Logan on March 10 and return home on March 13 when they host Point Pleasant for a 2 p.m. tipoff.