Get Started
You have permission to edit this article.
Edit
Welcome, Guest
Home
e-Edition
News
Sports
Opinion
Features
Obituaries
Weather
Share This
No Thanks
1 of 7 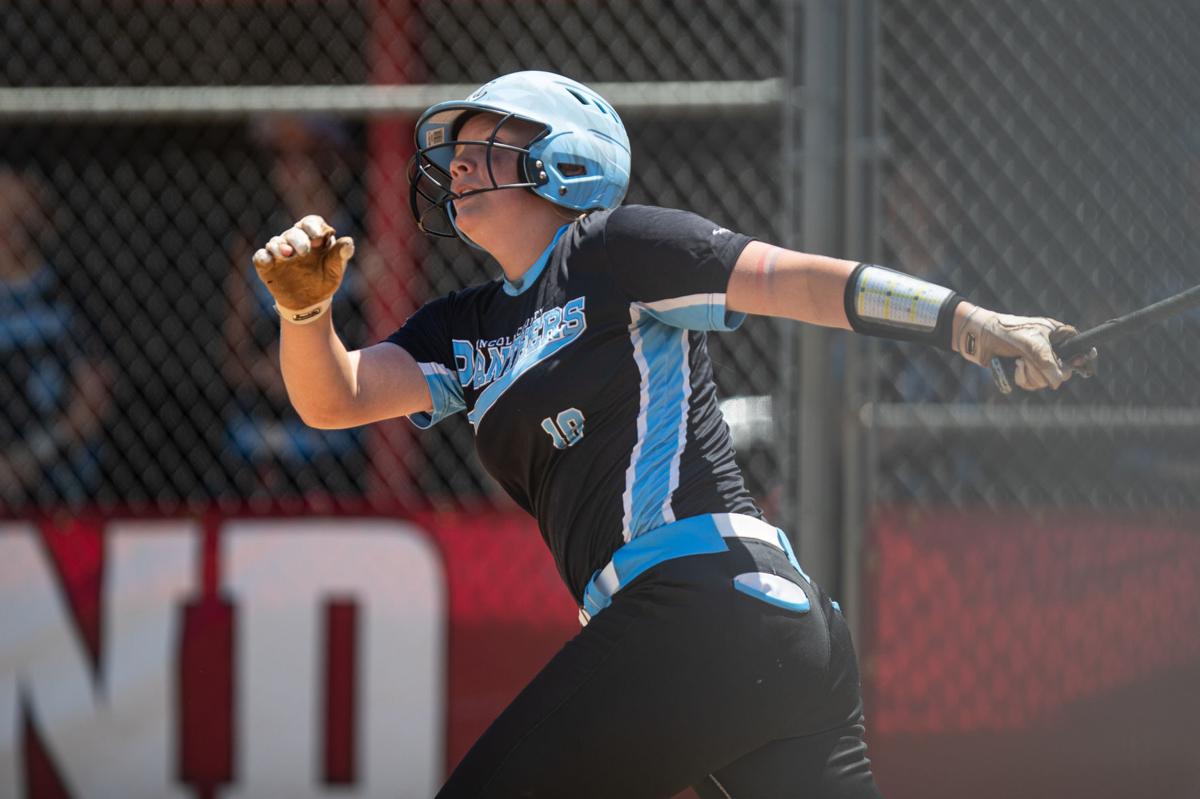 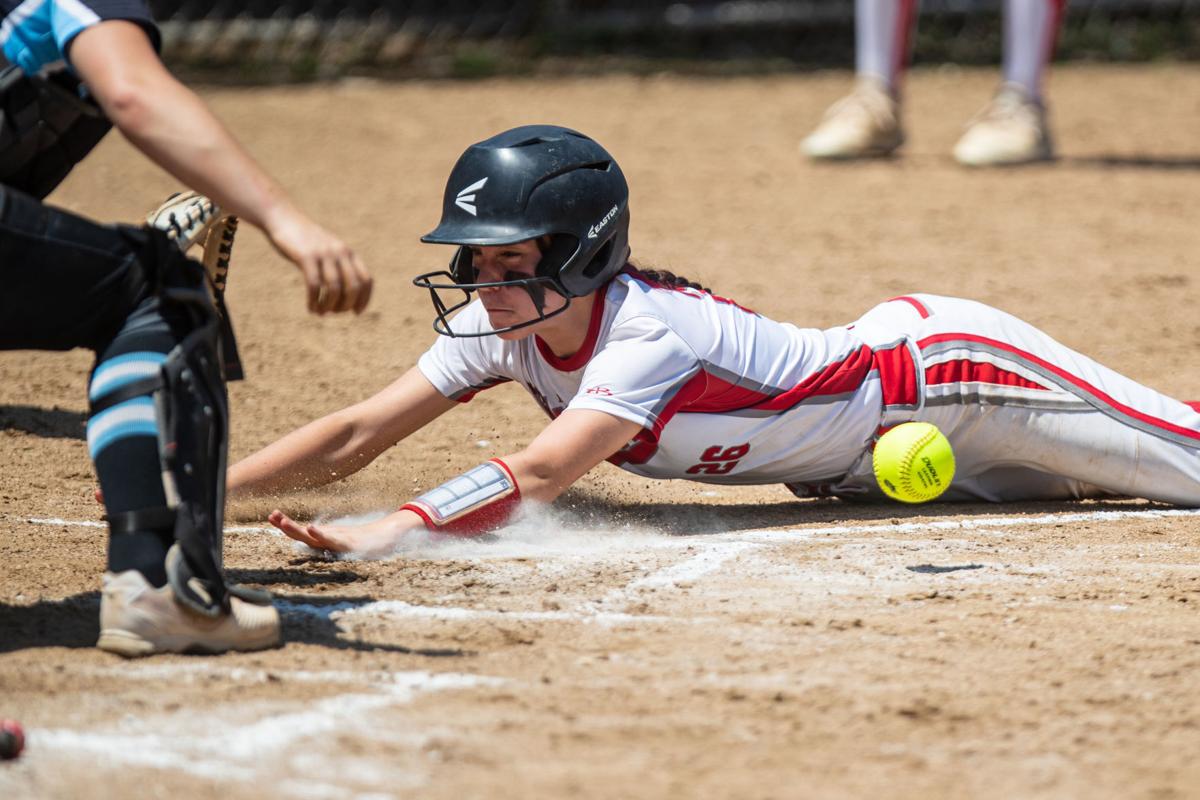 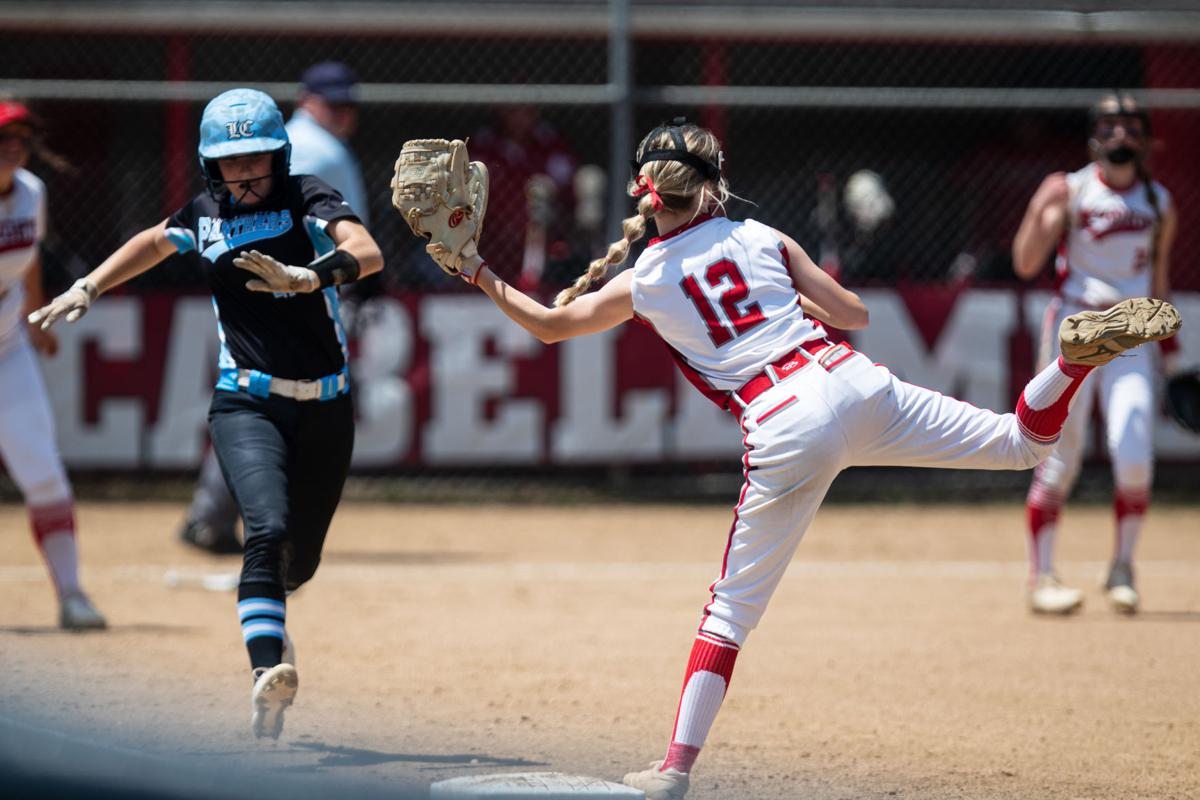 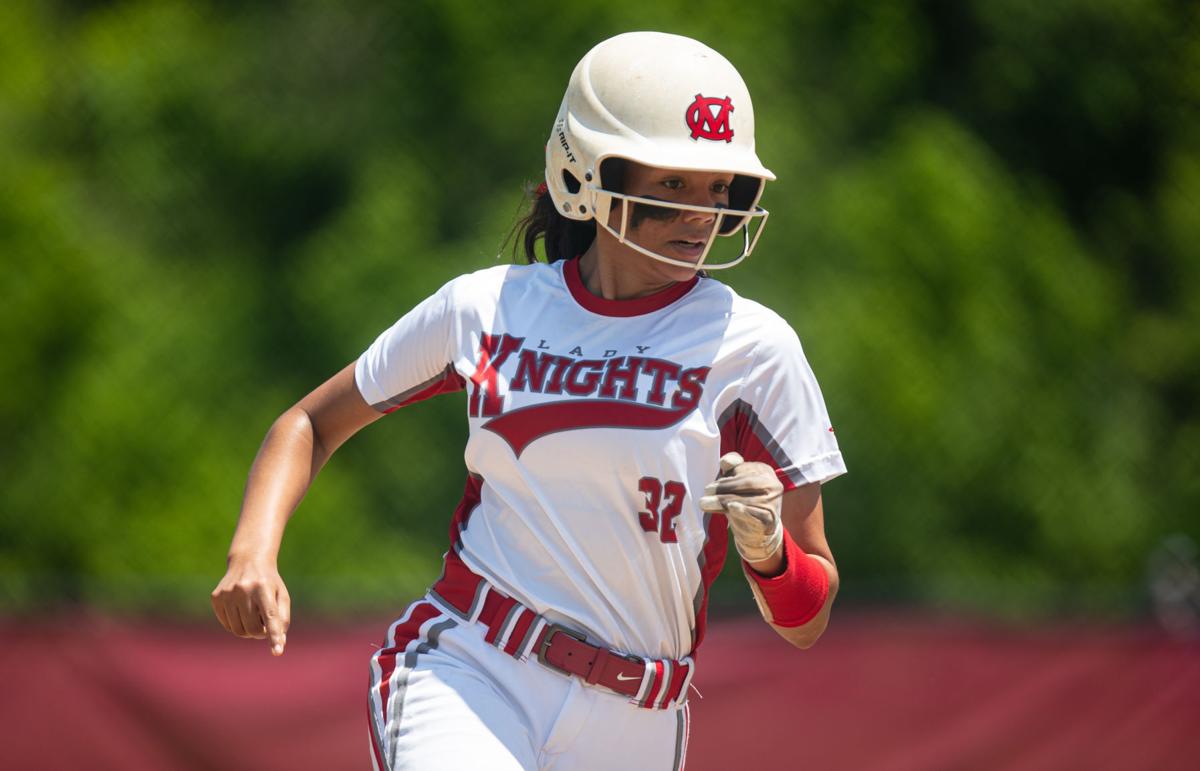 Cabell Midland's Simone Blanks speeds into third base as the Knights take on Lincoln County in the Class AAA, Region IV, Section 2 championship on Saturday, June 5, 2021, at Cabell Midland High School in Ona. 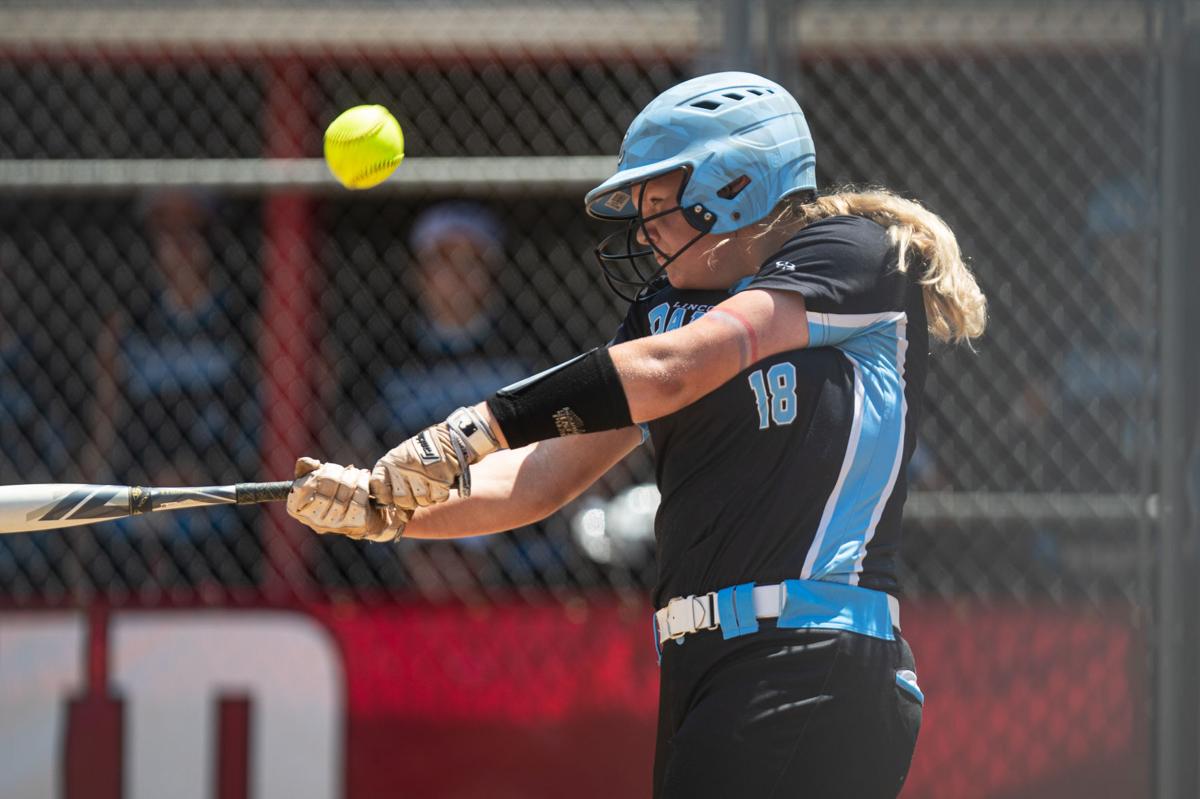 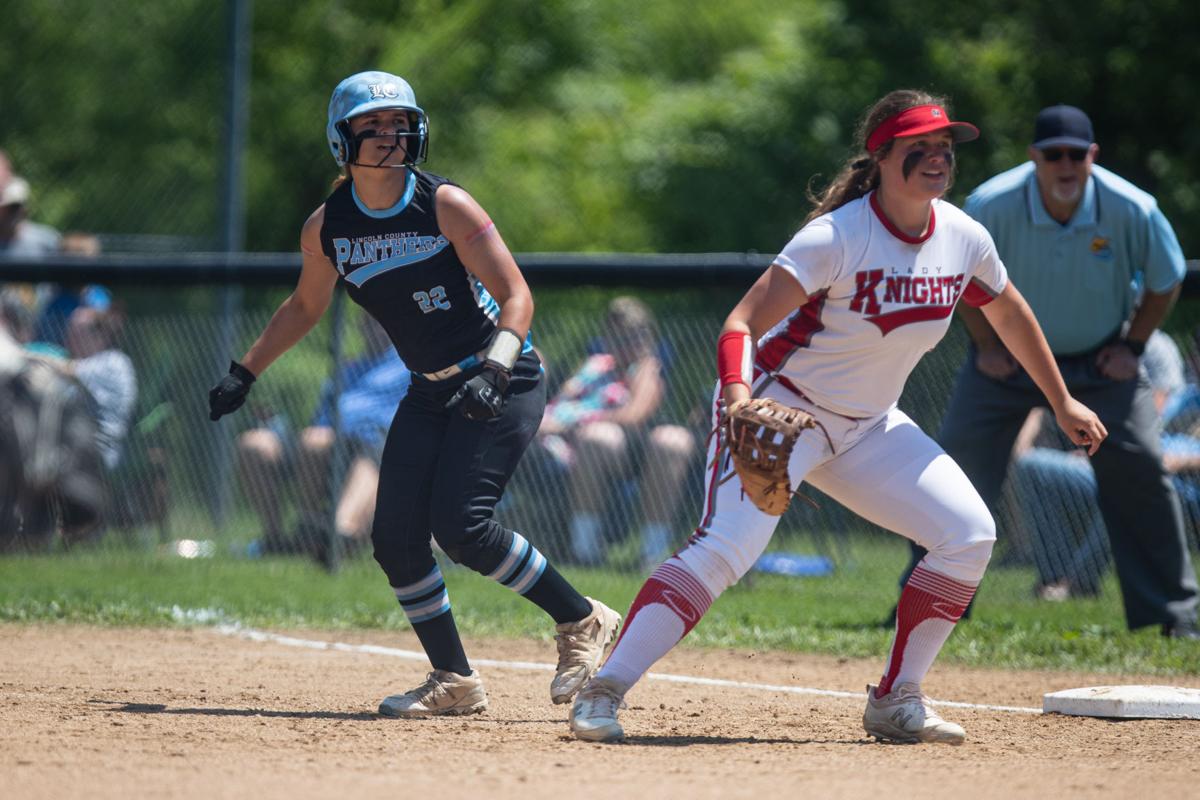 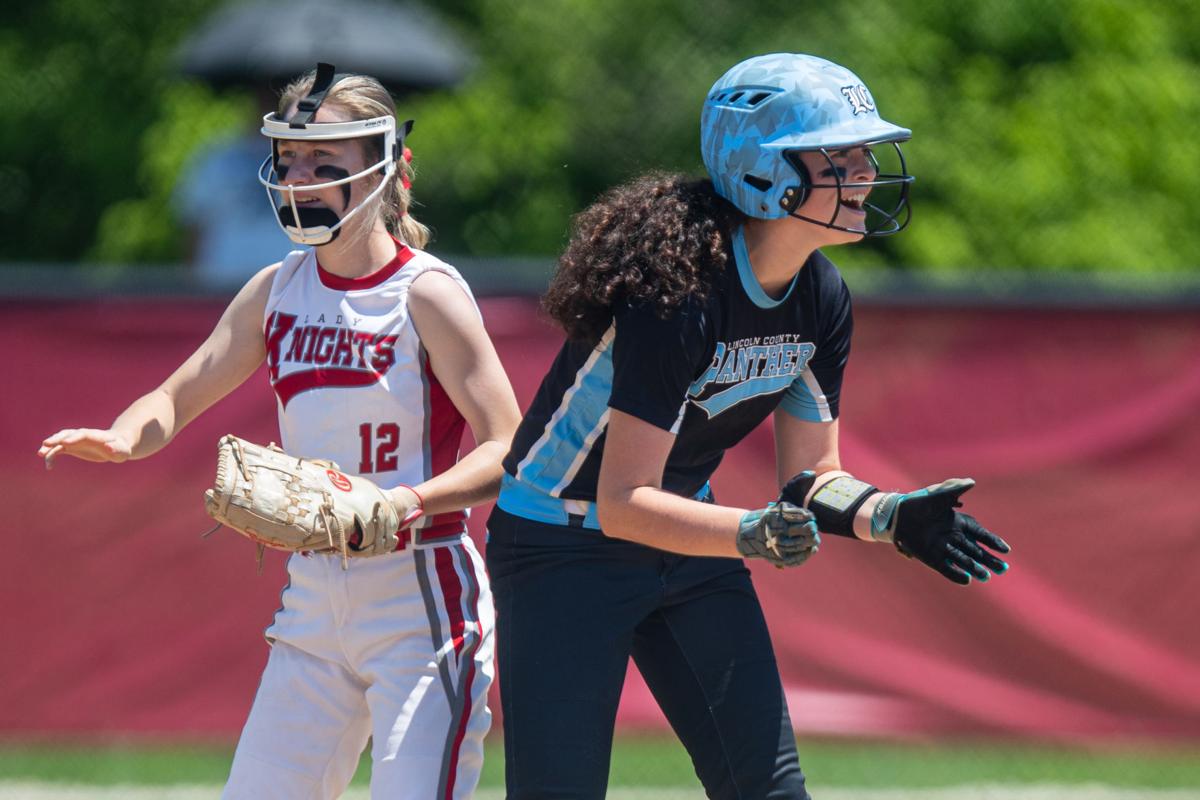 Cabell Midland's Simone Blanks speeds into third base as the Knights take on Lincoln County in the Class AAA, Region IV, Section 2 championship on Saturday, June 5, 2021, at Cabell Midland High School in Ona.

ONA — Down 5-1 going into the bottom of the third, Cabell Midland coach Herman Beckett wasn’t worried. Or was he?

Lincoln County, which had a habit of building big early leads on the Lady Knights in two previous meetings, had done the same Saturday in the Class AAA Region 4, Section 1 title game at Midland’s Paul Adams Field.

And just as Cabell Midland had done on those two other occasions, the home team rallied for the victory. This time it came on a walk-off wild pitch with the bases loaded in the bottom of the eighth inning to give the Knights the sectional title with a 6-5 victory after trailing 5-1 going to the bottom of the third.

“Been there. I told the kids they could come back and do this,” Beckett said moments after the wild ending touched off a huge celebration for the Knights and led to one long walk back to the dugout, then to the mode of transportation home, for the Lady Panthers. “I’ll take it.”

Lincoln County, which led 4-0 midway in the first sectional meeting only to lose 7-6 in nine innings, had an excellent scoring chance in the top of the eighth when Koree Roberts led off with a triple. The Lady Panthers could not get her home. In the seventh, the visitors had the bases loaded with one out, but again Lady Knights pitcher Jess Terry worked out of the jam.

In the bottom of the eighth, Maddie Meadows reached on a single. With one out, Jenna Dorsey got on and then came an intentional walk to Rielly Lucas to fill the bases. Olivia Pelfrey came up with a chance to win it. Instead, the first pitch from Meghan Stump got past her catcher and Meadows raced in with the game-winning run.

Cabell Midland advances to face Section 2 champion Ripley in a best-of-three series regional final starting week after next. Games one and three (if needed) are at Ripley and game two is at Cabell Midland.

For seniors Lucas, Simone Blanks and Pelfrey, this is Midland’s first sectional title for their class. wereHurricane had been dominant in recent years, then last the Coronavirus pandemic struck and West Virginia spring sports canceled. In addition, Hurricane is now in Section 2 and went out in two straight.

“Honestly nothing different from what we’ve done before,” Lucas said. “No problem. We knew we could come back. Down 5-1 we had to crank it up a notch.”

Time was about to run out,” Blanks said. “I’m really proud of this team that we get to experience it. We knew we could come back and do it. Down 3-0 (after one), we knew we had seven at-bats.”

Pelfrey took delight in getting to finally hold that sectional plaque.

“It feels great. Waited four years for this,” Pelfrey said. “We’re great at getting out of holes. We hit when we needed to. Great job in the eighth. We knew we needed to score.”

Beckett and Blanks praised the pitching job by Terry, who struck out nine.

“She threw a heck of a game,” Blanks said.

“She settled down,” said Beckett, who did make an early mound visit to chat with his pitcher. “Don’t quote on what I said when we go down three runs, I asked her if the seventh if she was okay and she said she was good to go. You ride the horse that got you here.”

Lincoln County coach Tom Barrett knew his girls would take the loss hard, especially when this was the third time they’d gone down in this fashion against Cabell Midland. Still, he said the Lady Panthers had their chances.

“I’m fine. Lost many a big one,” Barrett said. “Runner on third with no outs, we didn’t execute. We didn’t get the bunt down.”

On the intentional pass to load the bases, Barrett said, “Sets us a force at any base. It’s over and there’s nothing we can do about it.”

Lincoln County’s Haleigh Adkins led off the game with a homer to right center as part of a three-run outburst. Natalie Fout would later plate a run. In the third, freshman Josie Bird belted a solo homer to left, her 16th of the season.

The Lady Knights got three runs back in the third with some unintentional help from centerfield Alyson Layne. Hailey Roe drove one to deep center where Layne made the catch and got a foot stuck under the fence. She tried to get free and that continuation allowed two Lady Knights runners to tag up and score.

Stump and Roberts; Terry and Pelfrey.