Get Started
You have permission to edit this article.
Edit
Welcome, Guest
Home
e-Edition
News
Sports
Opinion
Features
Obituaries
Weather
Share This
No Thanks
1 of 4 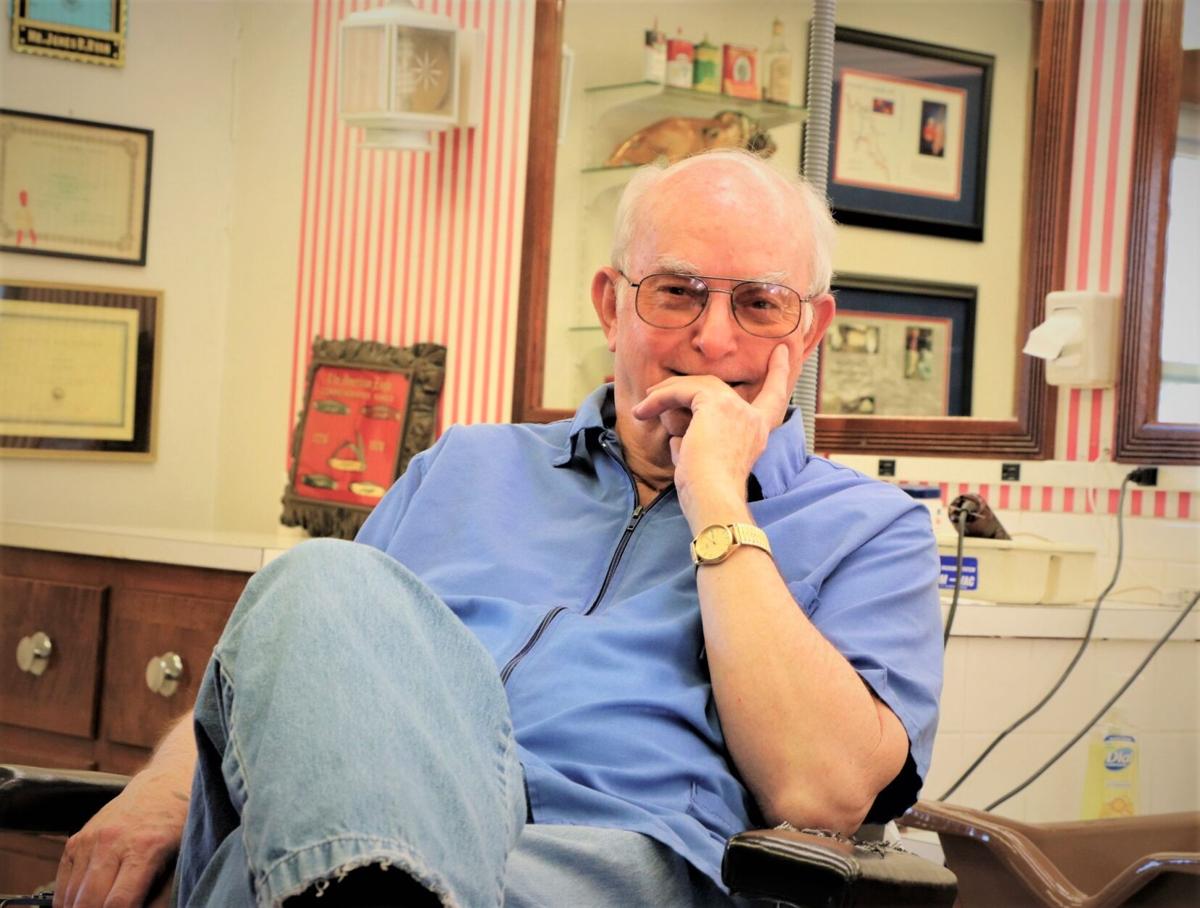 Jim Ryan, owner of "The Barber Shop" on Alum Creek will publish his fifth book in April. 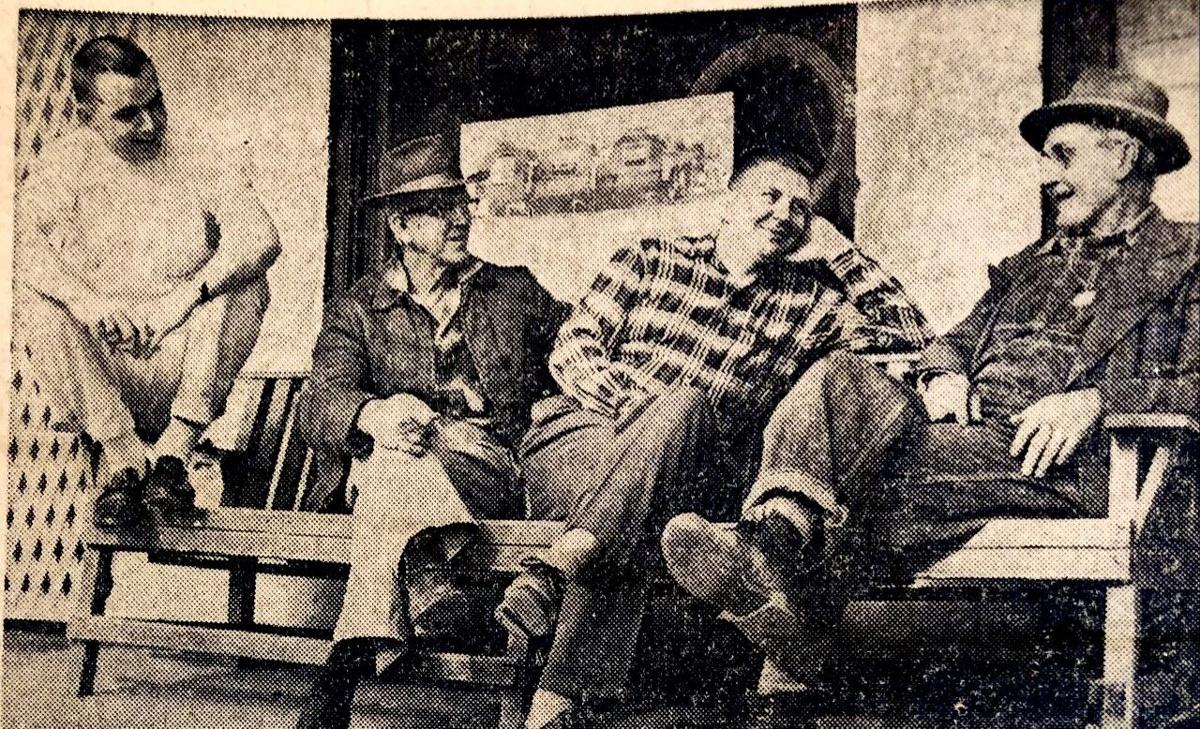 In this Charleston Daily Mail photo from 1962, Jim Ryan (left) shares a laugh in front of his shop with H.G. Robinson, Harold Bias and Jake Turley. 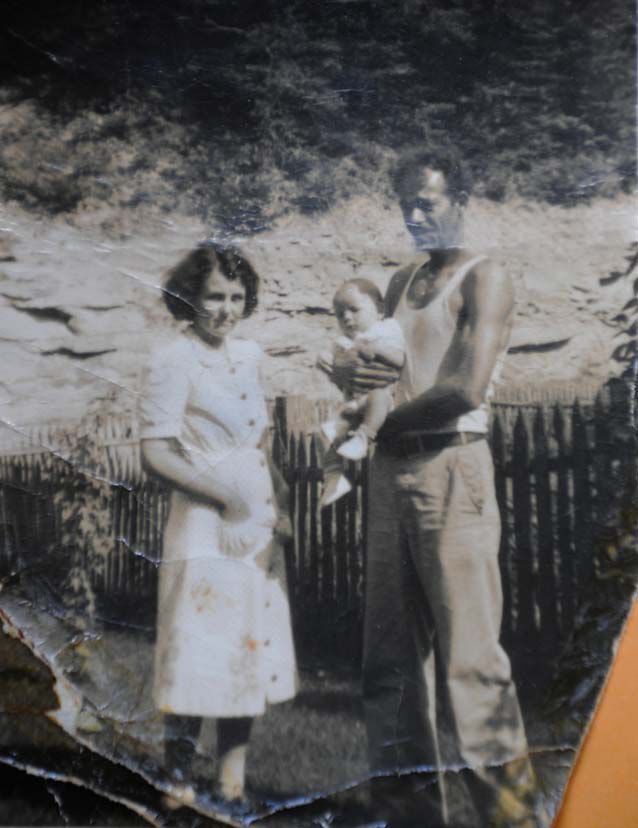 Cherished old picture shows baby Jim Ryan with his father and mother, Sewell and Tressie Ryan. His father was a coal miner and barber. Uncles and cousins also took up the barbering trade. 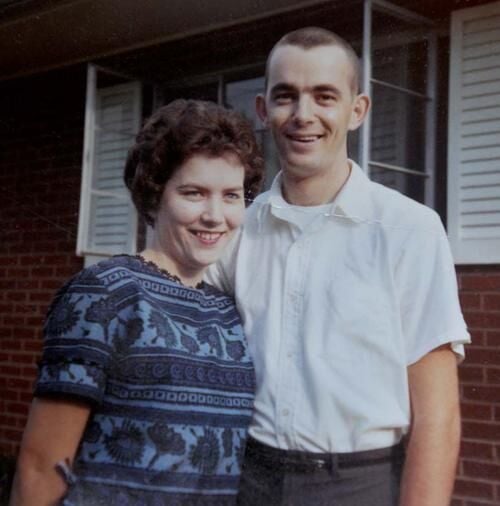 This snapshot from 1961 captures the happy smiles of Sharon and Jim Ryan a month before their wedding.

Jim Ryan, owner of "The Barber Shop" on Alum Creek will publish his fifth book in April.

In this Charleston Daily Mail photo from 1962, Jim Ryan (left) shares a laugh in front of his shop with H.G. Robinson, Harold Bias and Jake Turley.

Cherished old picture shows baby Jim Ryan with his father and mother, Sewell and Tressie Ryan. His father was a coal miner and barber. Uncles and cousins also took up the barbering trade.

This snapshot from 1961 captures the happy smiles of Sharon and Jim Ryan a month before their wedding.

“I was 19 years-old and the man who owned it previously was in his 70s and younger than I am now,” Ryan said. “The original shop was where Curry Monument is now. I built this place.”

Ryan paid $800 for the business and he still has the check that he wrote on that day. Today, it is still paying dividends as “The Barber Shop” is still open on Alum Creek.

“The first check I ever wrote was for this shop,” he said. “It was down payment on the business. I went to the Bank of Danville to borrow the money.”

Ryan said that he inherited an established business with clientele right from the start.

“I picked up the young customers that he didn’t get because he was older, which is the same type of customers I don’t get now because I’m older,” he said laughing. “I had some folks who wouldn’t come because they said I was too young and now they say I’m too old. What are you going to do?”

On May the 22, 1957 Ryan graduated from Duval High School and on June 3 of the same year entered Huntington Barber College and later graduated.

“I needed 1,800 hours of actual time to graduate and I graduated the following March before I was 18 years-old,” he added. “I had to wait to take the state board exam because you had to be 18 to take it.”

Ryan came by the profession honestly.

His father, Sewell Ryan had a shop off of Route 3 in Alkol. The elder Ryan hard cut hair in Morrisvale, Nellis and Griffithsville. He also spent 34 years working in the coal mines.

“He worked as a barber before the license law went into effect in 1934,” Ryan said. “That is where he ended his career in Alkol.”

At one time, there were two Jim Ryans working as barbers in the Alum Creek community, of no relation.

Ryan said the peak for his business came in the 1960s when he cut hair every day from the moment he opened until the moment he finally shut the door.

“Then the long hair came in style in the late 60s and men wore their hair a lot longer,” he said. “The business went down, then came back but not to where it was in the 1960s.”

Ryan said that he never changed his services in order to compete with salons.

Ryan has served on the West Virginia State Board for Barbers and Cosmetologists for decades.

“I have one female customer and I’ve only had a few through the years,” he added. “I just never tried to compete with the salons out at Southridge.”

Ryan said that he’s been accused of being “a shaky old man” and he said that isn’t true – at least partially.

“I’m definitely old but I’m not shaky at all,” he said laughing.

Ryan’s sense of humor shines through in casual conversation and it is obvious that he is a well-respected leader in the community, based on the customers who frequented his shop on a Tuesday afternoon, most of them referred to him as, “Jim” or “Barber Ryan.”

He said that he has cut hair for deceased customers at a request of a funeral home. He said that it is something that he doesn’t hesitate to do. On occasion, it will be someone he doesn’t know.

He added that he knows that the days of the old-fashioned barbershop are numbered as times have changed since he started nearly 62 years ago.

“It has provided me and my family with a living,” he said. “All things change in time I suppose.”

IF given the choice to choose another career at 19, he said the only other profession he could see himself doing would be teaching – English to be more specific.

Ryan has penned and self-published four books with the fifth to be released in late spring or early summer.

“Murder on Alum Creek” tells the true story of a preacher who was hanged for killing his wife in 1858.

Ryan said he really only planned to keep the business for a relatively short while.

“I had other opportunities then to work in Huntington and when this business came up for sale, I thought I’d do it for a few years and then attend Marshall College (Marshall University today) but here I am 61 years later.”

Jim Ryan and his wife, Sharon raised two daughters and have three grandchildren.

Sharon Ryan worked for the Lincoln County Public Service District for 50 years, making she and her husband two of only a few people in their community to spend over 50 years with one company.

“I think we’re two of four people that I know of in Alum Creek,” he said.

Ryan concluded, “I’ve had a good life. If I died today you could say I lived a good life. I had good parents and I married one of the best girls you could ever imagine. My family life has been incredible.

Ryan said that former U.S. President George Herbert Walker Bush said it best when asked what his biggest success in life was.

“My children still want to come home,” said Jim Ryan. “That is how I too measure success in life.”