Get Started
You are the owner of this article.
Edit Article Add New Article
You have permission to edit this article.
Edit
Welcome, Guest
Home
e-Edition
News
Sports
Opinion
Features
Obituaries
Weather
Salute a Nurse
Share This
1 of 5 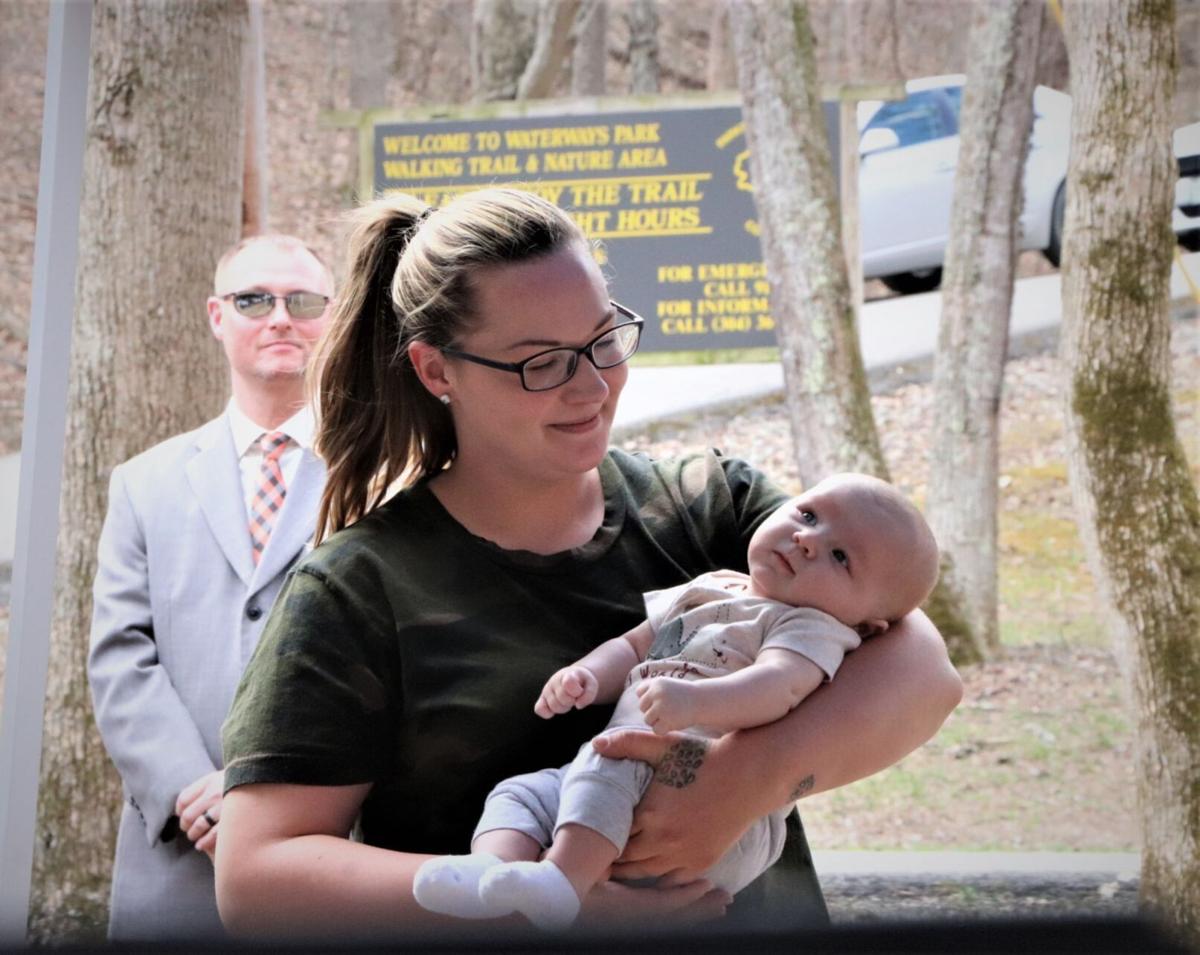 Summer Manley accepts her certificate for graduating from adult treatment court during a ceremony at Water Ways Park in Julian, W.Va., on March 24. 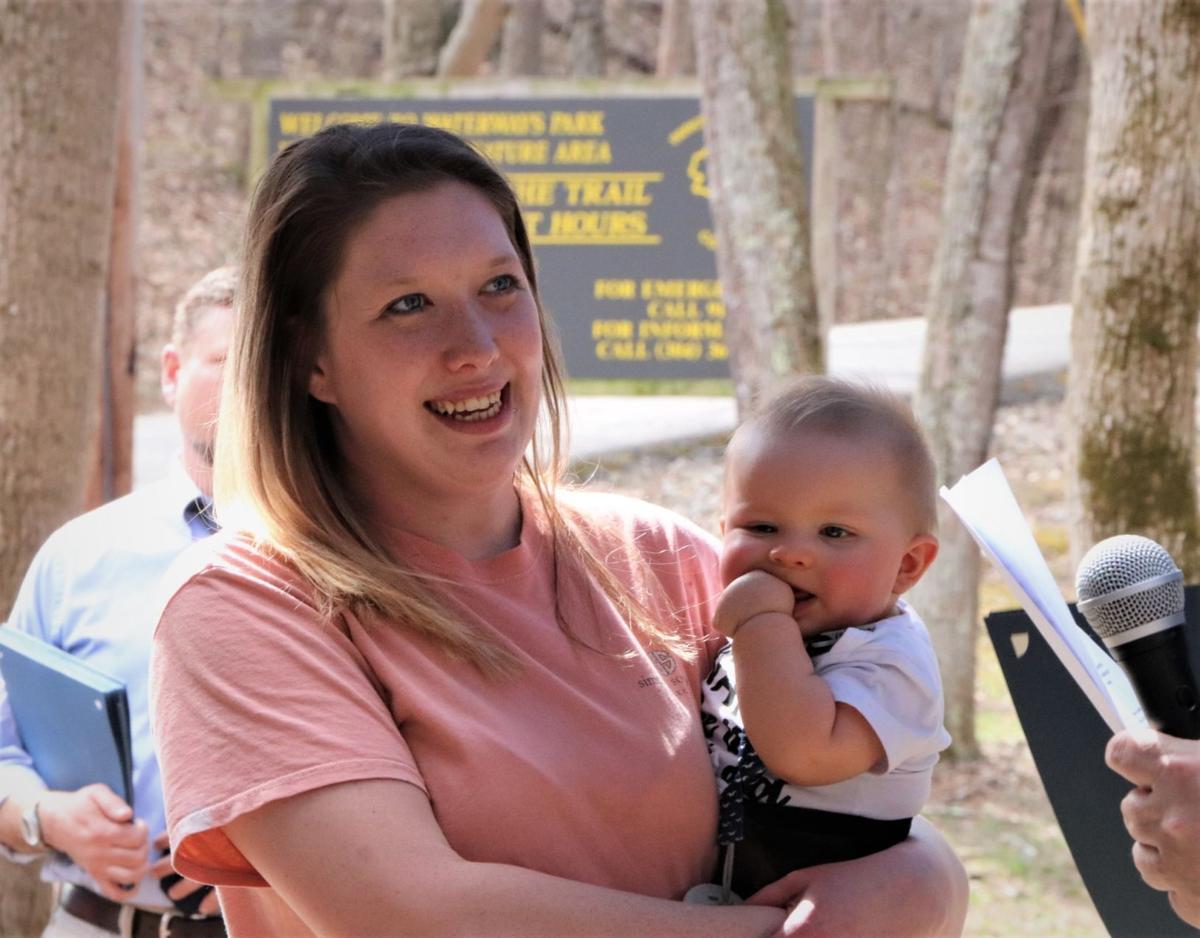 Vanessa Riffle, holding her son Bryson, accepts her certificate for graduating from adult treatment court during a ceremony at Water Ways Park in Julian, W.Va., on March 24. 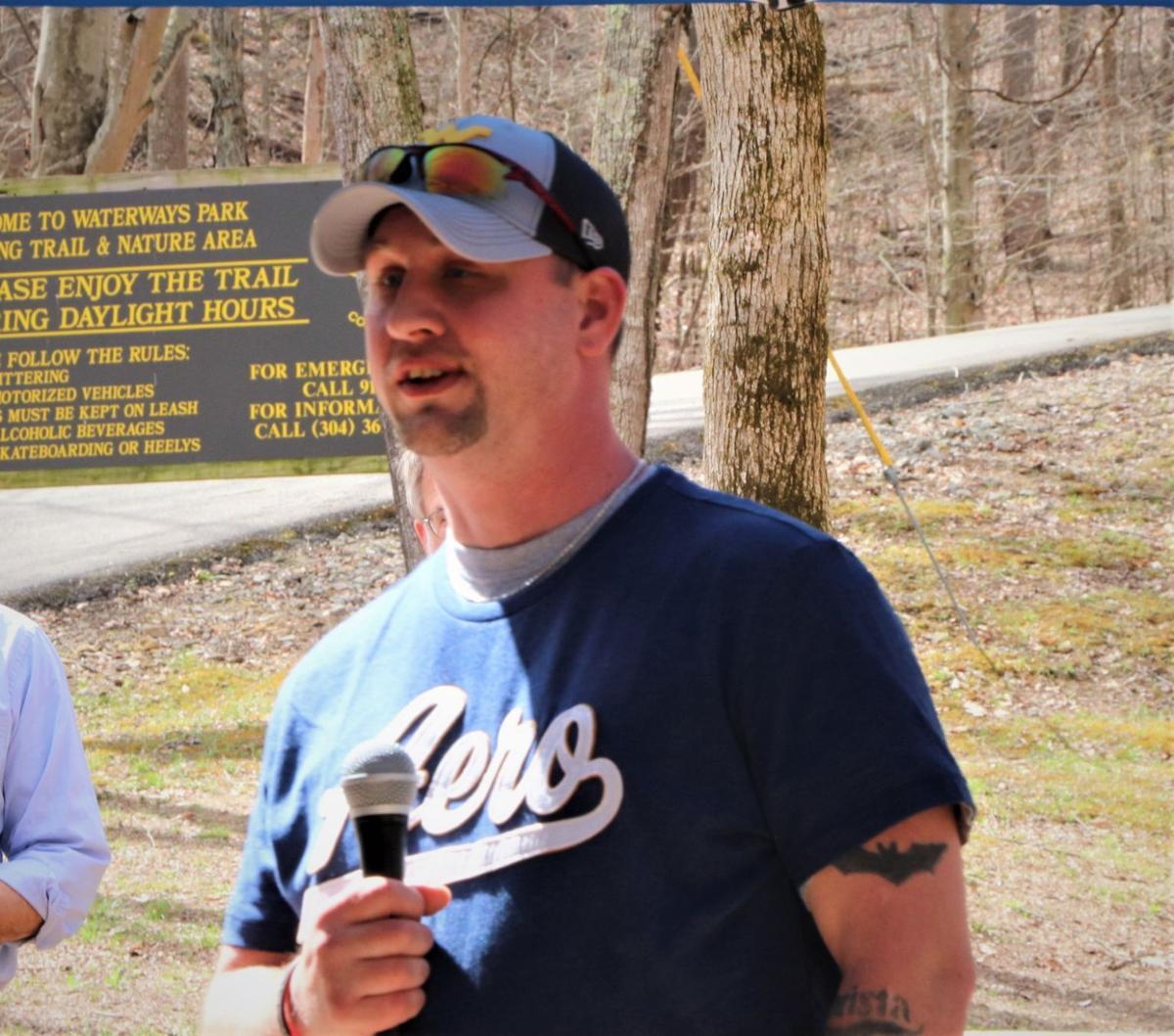 Corey Cantley speaks to attendees after receiving his certificate for graduating from adult treatment court during a ceremony at Water Ways Park in Julian, W.Va., on March 24. 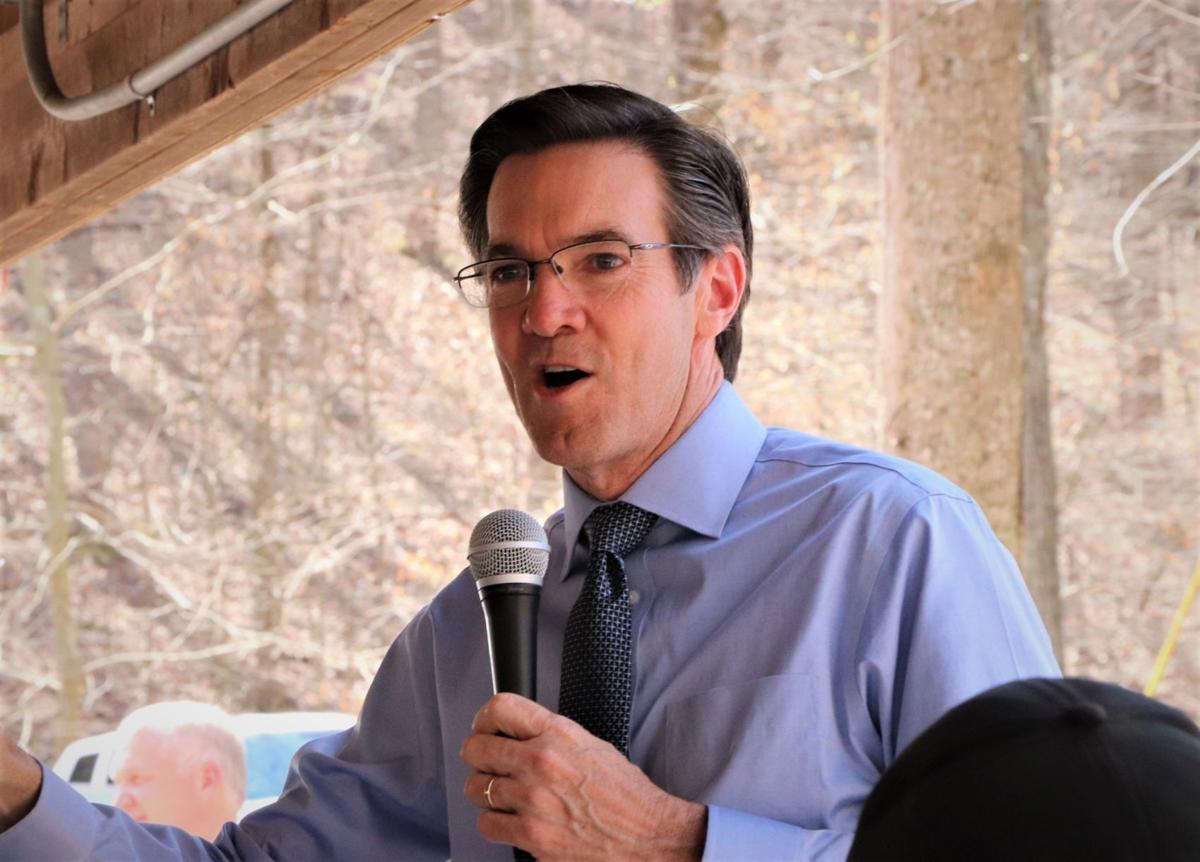 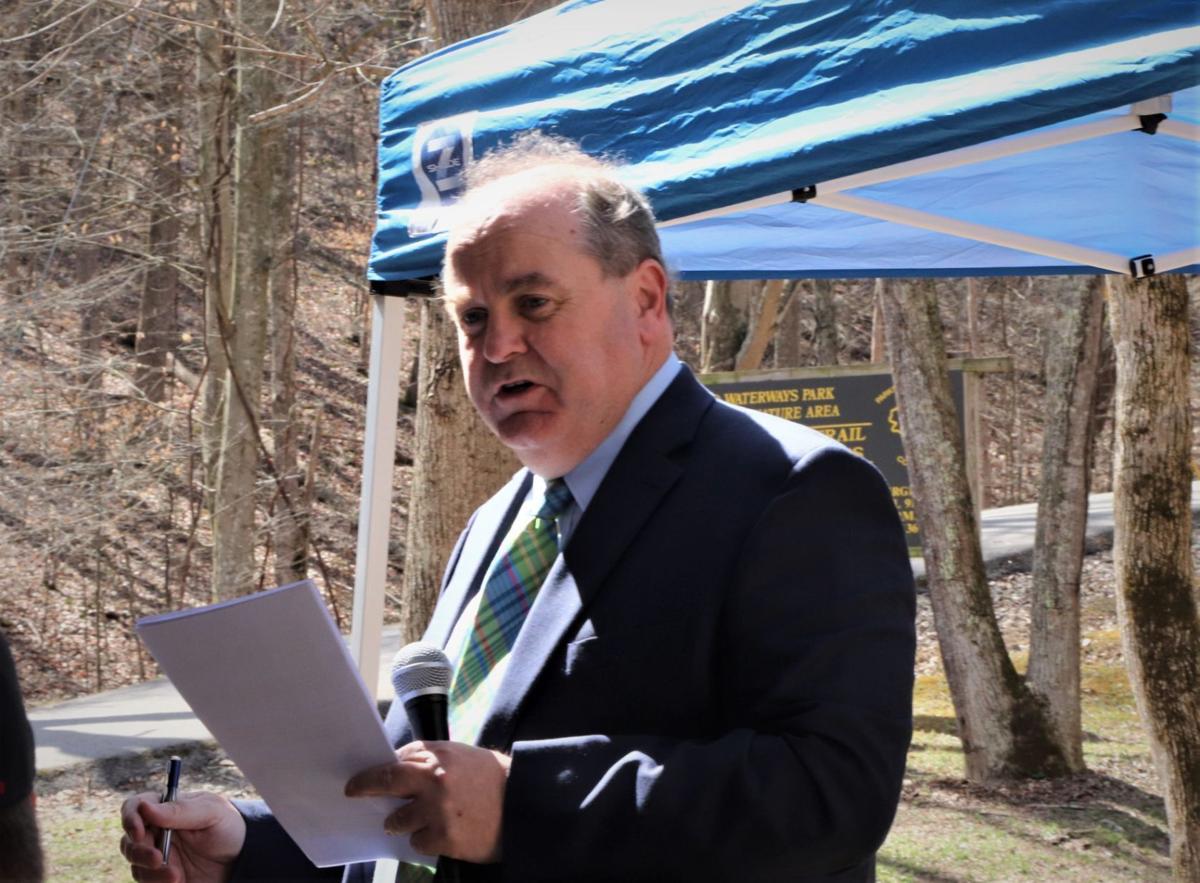 Summer Manley accepts her certificate for graduating from adult treatment court during a ceremony at Water Ways Park in Julian, W.Va., on March 24.

Vanessa Riffle, holding her son Bryson, accepts her certificate for graduating from adult treatment court during a ceremony at Water Ways Park in Julian, W.Va., on March 24.

Corey Cantley speaks to attendees after receiving his certificate for graduating from adult treatment court during a ceremony at Water Ways Park in Julian, W.Va., on March 24.

This was one of many emotional, congratulatory statements spoken by Boone and Lincoln County Circuit Judge William Thompson on Wednesday afternoon, March 24.

This specific phrase was aimed at family drug court graduate James Terry — who was able to regain custody of his children, who stood proudly with him. His daughter gleamed resplendently as she took a firm grasp of the certificate Judge Thompson extended to her father.

It was a day to celebrate the largest graduating class in West Virginia drug court history, according to organizers.

“This is simply overwhelming,” said West Virginia Supreme Court Chief Justice Evan Jenkins, one of three justices at the event. “I want to say on behalf of the Supreme Court that we love you and we care about what you are achieving.”

Last Wednesday’s graduates are some of the only people in the state so far to graduate from family treatment court, a pilot program started in 2019 to help support families affected by substance use disorder.

Operating in only three counties — Boone, Ohio and Randolph — the family treatment courts have been a success, said Thompson, who rallied for the pilot program.

House Bill 2918, introduced by lawmakers this session, would expand family treatment courts into a statewide, permanent program. Although it has yet to be brought onto the House Judiciary agenda, Thompson said he’s hopeful.

The program is keeping families together, or reuniting them sooner, he said. People who might not have gotten help before now have another option that prioritizes their families. It was always his intention to make this a program for every West Virginian.

Prior to the Supreme Court supporting the program, Thompson urged the state to embrace family courts by providing substantial research on trends and statistics from around the country. The blueprints used for success in West Virginia were drug court programs in Ithaca, New York, and Orange County, North Carolina.

Thompson has spoken around the country about the successes of his programs — including in Washington, D.C.

He can add to that list these success stories from Wednesday’s graduates:

Tudors (Greg Atkins and Loretta Davis) of Danville and Carnivore BBQ (John and April Brown) of Hamlin — businesses that regularly hire employees who are in adult drug courts, family treatment courts or juvenile drug courts — attended the ceremony to support a handful of employees and were also honored for their part in the program’s success.

“This is not the work of me or me alone,” said Thompson as he recognized current participants in the programs, Supreme Court employees and county-level workers.

“What we’ve seen today is the work of not only our graduates but our probation officers, day report staffs, youth report center staffs, our West Virginia Supreme Court and staff and it truly takes everyone present here today to get the people to this position. This has been a rough year in the recovery community and to see this many people graduate in the midst of a pandemic is absolutely incredible.”

For assistance regarding substance abuse, call or text Help4WV for free to talk to a counselor at 844-435-7498.